During the early 1800's attempts were being made to regulate Drogheda port and harbour as at this time it was one of the busiest ports in the British Isles. There were regular passenger steamer services to Liverpool 2/3 times a week, and the import and export of all types of goods could be found passing through the quaysides.

An important element to obtaining work on the vessels was your paperwork, and to that end we have shown here two ships pilots certificates. They are first class certificates which enabled the bearer to pilot all vessels within the port & harbour, due to "his good behavior and due observance of all such Rules, Orders and Directives" given by the Harbour Board.

The first was awarded in 1852 to a Nicholas Boylan who was 44 years of age, six feet tall, with sandy hair & a fair complexion. 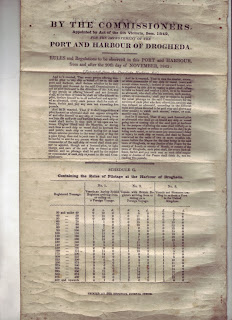 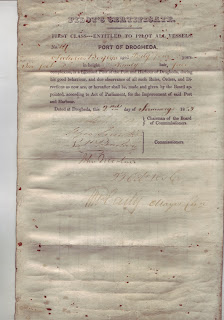 The second was awarded in 1895 to a Laurence Byrne aged 48 years, five feet nine inches in height with dark hair. 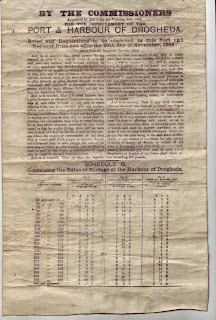 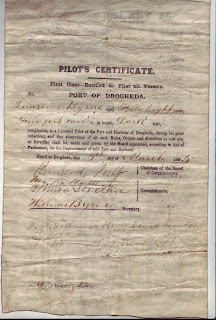 Interesting to note that the rates of pilotage didn't change in over 43 years, not like today!