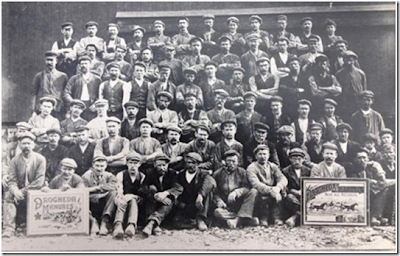 1913 AND ALL THAT .. The Irish working class – a forgotten history?


It is 100 years since the Dublin Lockout, a titanic event which exposed the fault lines in Irish society and even had a decisive effect on the course of labour history in Britain. As the official labour and trade union movement tentatively enacts a muted commemoration, we ask why is it that the story of the Irish working class – the majority of the population – is almost totally excluded from the “official” historical record? Once again the Old Drogheda Society/Drogheda Museum brings a unique and vibrant vision to what might have been yet another run-of-the-mill commemoration. The panel includes leading international and Irish experts and commentators and, as usual, our in-house group, The Millmount Research Unit will present newly-uncovered local material on the topic.

Leading international expert, Canadian anthropologist Dr. Marilyn Silverman from York University Toronto, author of “An Irish Working Class”, speaks on her incredible 30-year long research into class relations in just one typical Irish town (Thomastown, Co. Kilkenny). She stresses that in order to analyse the processes of capitalism, colonialism and state formation in Ireland it is essential to understand the political economy and culture of the people who have contributed their labour. Her work is fascinating on the ways in which ideology works through Irish society and her unbelievably detailed research will have resonances for many in her audience.

Dr. Silverman is travelling to Ireland specifically for this conference and this will be her only speaking appearance during this visit.

Mary Muldowney from the Centre for Contemporary History, T.C.D., is one of the leading oral historians in the country and a founder and Director of the Oral History Network Ireland. She speaks on the innovative 1913 Alternative Visions Oral History Group and their exploration of the post memory of the Dublin Lockout, including sometimes surprising insights. Extracts from the interviews will be played so the interviewees’ voices can be heard.


Michael Pierse, author of Writing Ireland’s Working Class, is a literary scholar who looks at the general absence of working class experience from Irish fiction, both literary and popular and his work includes research on Seán O'Casey, Brendan Behan, Dermot Bolger, and generally on cultural representations of class in Irish life. He is a Research Fellow at the Institute for Collaborative Research in the Humanities at Queen's University Belfast.


Socialist and Republican, Tommy McKearney speaks on the political side-lining of the powerful Irish working class both North and South in the 20th Century. Tommy McKearney currently acts as northern area representative of the Independent Workers Union while also holding a seat on the National Executive of the IWU. Tommy was a member of the IRA during the 1970s and 1980s, spending 53 days on hunger strike in 1980 and is also the author of The Provisional IRA- From Insurrection to Parliament.