This extract by Ann Crilly from the Old Drogheda Society Journal from 1977 concerns the towns' various markets and fairs that were part of the lifeblood of the town for centuries and still continue to this day.

"The market in Bolton Square and around the courthouse is the scene of very busy trading every Saturday morning in Drogheda. Almost everything from a needle to an anchor can be bought there now. Recently the Corporation raised the fees charged to stall holders as so many professional dealers were taking advantage of the selling space.

Long ago this market site was used almost exclusively by farmers bringing their field, garden and dairy produce in to sell to the town's housewives. The open area was called the Potato Market.

The buildings around the courthouse yard were originally built as a cornmarket. They were designed by Francis Johnston who also designed the G.P.O. in Dublin and Townley Hall a few miles west of Drogheda. These cornmarket buildings consisted of lean-to roofs supported by handsome pillars and they are now all incorporated into the municipal offices.

In the past part of these out buildings were used by a large number of farmer's wives for the sale of butter, eggs and poultry. Iron wrought tables, made in the Drogheda Foundry, were pu
t there to hold their baskets. These tables were erected during the Mayorship of Robert May, Fair Street, and his name was inscribed on the iron legs. Some of these can be seen in the Old Drogheda Society Museum in Millmount.

There used to be a Butter Market in John Street. One of the ancient town gates near here was called Butter Gate. A tax was collected here on butter brought into the town and this money went towards the upkeep of the Carmelite Monastery sited where the present Church of Ireland stands in Mary Street. Cornmarket Hill not far from there must have seen many dealings long ago in the produce of the cornfields.

The Meat Market in the centre of the town ran from West Street down to Dyer Street. There used to be gates at each end of this but they were removed a long time ago. There were six stalls at the West Street end, all selling meat. They are closed up now and put to other uses. One of them is used by Mr. J. Byrne, the Veterinary Surgeon, as an office. At the corner of the meat market and West Street, where Connolly's Shoe shop now stands, there was a butcher's shop once owned by Mr. P. Drew, also at one time Mayor of the town. The Byrne family who now own a butcher's shop next to Connolly's used to have a shop at the Dyer Street end of the Meat Market. There was a slaughter house about halfway down this lane.

The Fish Market was situated in a building at the Wellington Quay end of Dyer Street. This building was until fairly recently part of Donegan's sack factory. It is now owned by Messrs. Collins and used to store waste paper. Fish carts used to drive into this market and there were marble slab tables on which they could show their wares.

Most of the markets that I have dealt with so far were enclosed yards or buildings. However there were other commodities with which the vendors literally took over the squares and streets. The Haymarket was near the Fish Market in the square now used as a car park on Wellington Quay. There was a weighing scales provided here. Nearby was the Milk Market in Stockwell Street and further afield the Pig Market in Magdalene Street.

Another great colourful tradition in the town was the fair day. Two dates spring to mind of outstanding big fairs, the 12th May and the 29th October. The chief venues were not hard to find on the map; the Horse Fair, Fair Street and the Fair Green. But here again the whole town was used by the dealers who came from far and near, and the streets were full of livestock. The schools were closed on these days and the wise residents stayed indoors out of the way of galloping horses and droves of cattle and sheep.

The Horse Fair was held in the square at the west end of Fair Street and West Street. It is now partly a car park and mainly the northern approach to our new Bridge of Peace. Fair Street, now one of the prestige streets of the town, used to be called Horse Lane. There is, by the way another Horse Lane running from Trinity Street down to the river Boyne.

The Fair Green was set up by the Corporation to help take the animals off the streets. Houses were demolished in what was known as Chesters Lane, west of the Horse Fair, and a wide open park was left in which fairs were held for many many years. Later carnivals were held in this space. Nowadays it is becoming built-up again and many business firms have their address there.

The Cattle Marts have long since taken over from the fairs, and I suppose the supermarkets are challenging the old markets throughout the country. But the Drogheda Market is more than holding its own. Rubbing shoulders with shopping centres and discount stores it is still the mecca every Saturday morning for busy shoppers looking for a bargain."

As a side note, Bassett's Guide and Directory of 1886 offers a lively portrait of Drogheda on a market day: "Where the public thoroughfares are utilized on market day, a more enliving picture it would difficult to conceive than that which is presented. Geese are turned loose, and in flocks crowd the open spaces. The streets are possessed for the time being by vendors of every kind from the modest manufacturer of toy windmills to the hoarse reciter of ballad poetry. The most amusing of itinerant salesmen on such occasions are the peddlers of old and new clothing. Mounted on one-horse spring-vans, they make a very laughable pretense of imitating the eloquence and gestures of the great auctioneers, often selling for two-pence, articles which they had declared to be "dirt cheap" at a shilling each."

The Drogheda Cattle Mart, beginning in 1955 and finally closed in 1999, was situated on a site between Magdalene Street and the Green Lanes and readers will remember Branigans pub beside the site, one of the many public houses serving the dealers and citizens in the area. The area has since been redeveloped into a retail and apartment complex.

The market in Bolton Square is still indeed holding it's own on a Saturday morning with all kinds of produce and products to be found. The town has also added a few new fairs to its list; on a Friday, stalls pop up down West Street selling farm produce, home baked goods and locally-made crafts. The first weekend of every month is also the date of the Old Schoolhouse Market, an artisan food and craft fair held in the old Methodist Hall and schoolhouse in Laurence St. It offers a wide range of artisan food products as well as handcrafted home furnishings, toys and jewellery to lifestyle and natural skincare products. 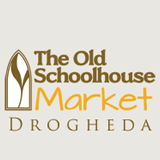