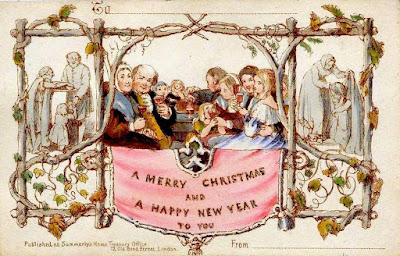 Launch Of The Journal Of The Old Drogheda Society 2016 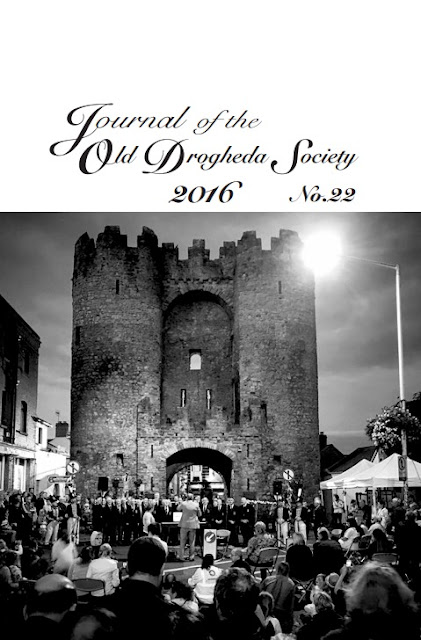 The Journal of the Old Drogheda Society 2016 reveals an association with slave ownership and Mr Henry-Barry Coddington of Oldbridge House, Drogheda. University College London’s, examination of the Parliamentary Return records has provided evidence that almost one hundred individuals, either born or based in Ireland benefited directly from the slave compensation claims. In an original piece of research presented by Brendan Mathews readers of this year’s journal can examine the link between one Drogheda individual and slave ownership in Jamaica.

It was important to the editorial team this year that several pieces were dedicated to the late Frank Gallagher which have been written by former colleague in the Drogheda Independent, Martin Garry, and former Councillor, Ciaran McKenna. Frank was the President of the Old Drogheda Society who most regrettably passed away earlier this year. He worked closely with the publications committee right up until shortly before his death. Indeed, he was a valuable member of the editing team that ultimately produced ‘Reflections On The 1916 Rising’ and his intellectual imprint is to be found within its shape.

The 2016, Journal carries thirteen originally researched historical essays and promises to offer its readers a broad insight into Drogheda’s rich history. For instance, the 31st International Eucharistic Congress, held in Dublin in 1932, is one of the most remarkable public events to have taken place in Ireland in the twentieth century. The success of the Congress, which ran over the course of five days from 22 to 26 June 1932, was left to one Drogheda born native, Frank O’Reilly of Greenhills. The pride with which the people of Drogheda felt to have one of their own be given such a responsibility is very evident during this period. Historian Audrey Smith reveals what Frank achieved, why he was chosen to complete such a massive task and how the people of Drogheda celebrated this very extraordinary national and International event.

Angling on the Boyne has played a major role in Drogheda’s historical narrative. Ronan Gormley PhD, has been a scientist all his life and his essay for this year’s journal is testament to his skills as an observer, a recorder and thinker. The article summarises the content of an angling diary kept by the author for more than sixty years, dating from 1952 to 2016. This extraordinary piece of angling history recounts catches such as fifty bass (many of them as large as 6lb) by eight to ten anglers on a tide at Shop Street bridge. A number of anecdotes are recounted, which include some lessons learned from a lifetime of angling such as patience and eternal optimism. Qualities, all those who have spent their lives angling on the Boyne will know and understand.

Trade unionism in County Louth has a very long history emerging, as elsewhere from trade guilds and among the traditional skilled crafts. A history of the ITGWU in County Louth, 1909-1930, is a fascinating account of the activities of the union during this period. Those familiar with the distinguished labour historian Francis Devine and former tutor in SIPTU’s Education and Training Department and editor of Saothar, the journal of Irish Labour History Society, will be enthralled by Devine’s contribution this year.

Historian and author John McCullen needs no introduction to readers of Drogheda’s history. This year, he explores the Topographical Dictionary of Ireland by Samuel Lewis published in 1837, covering a period in which Drogheda was described as “The County of the City of Drogheda”. This essay offers a picture of pre-famine rural Drogheda and will be of immense interest to those interested in researching this period of our town’s history.

Fiona Ahern reveals Drogheda’s trade links with Leeward Island (today known as Barbados); then an English colony whose entire economy was based on sugar. While thousands of slaves worked in fields, the white middle-class and merchants depended on imports for their genteel life-style, with salted beef, pork, butter and linen being the main imports from Ireland. This original piece of research reveals a history of the William and Mary a cargo ship that left Drogheda port in the early eighteenth century and another possible connection to the slave trade in this period.

These essays and many more are just a flavour of what the Journal of the Old Drogheda Society has on offer this year. The official launch of the journal will take place on Wednesday 14th of December at 7pm in the Governors House, Millmount. All are welcome to attend. The journal will also be on sale in Drogheda Town Centre on Thursday 15th of December at just €10.

Once Christmas is behind the publications committee, the editorial team will initiate preparations for the 2017 issue of the journal. The team invite ideas and contributions from the entire ODS membership and further afield. Ideas are the lifeblood of the journal: ideas for articles, ideas on aspects of Drogheda history that should be conveyed to paper so that an accessible record is available not just for our own generation but for those ahead of us. The editorial team wish to encourage intellectual promiscuity, a pushing out of the boundaries whether in terms of new things to see or new ways of seeing old things.

For information on essay submission for 2017, please contact the editorial team @ audreysmith95@gmail.com.