Our Community Historian & editor of the Journal Brendan Matthews wrote an incisive response to the newspaper to clarify the tower's history which is reprinted here.

"There has always been controversy on whether the Richmond Fort at Millmount was ever indeed a true Martello tower built under Britain's National Defence Act of 1804 in anticipation of a Napoleonic invasion of these islands.

From the late 18th century Martello 'type' towers were being constructed around the British Isles and were known under different names such as coastal-batteries, beacons, watchtowers, gun-batteries, coastal-forts, citadels, redoubts and round-towers. Subsequently, the name 'Martello' was then applied as a universal term for any round defensive tower and although the towers were built to 'type plans', there was local variation depending on the contractors employed along with the materials that would have been available locally and so the towers often varied considerably in their construction as a result.

It also appears that the Martello type tower at Millmount may have been deliberately constructed here by reason that Drogheda at this time was a very important garrison town of the British Empire, thus protecting, not only the estuary of an important river, but also the town and its inhabitants from any further domestic trouble which had arisen during and after the Irish Rebellion of 1798. The sight of the tower would also have been a strong military statement by the British, dominating as it did the surrounding town, countryside and river estuary. 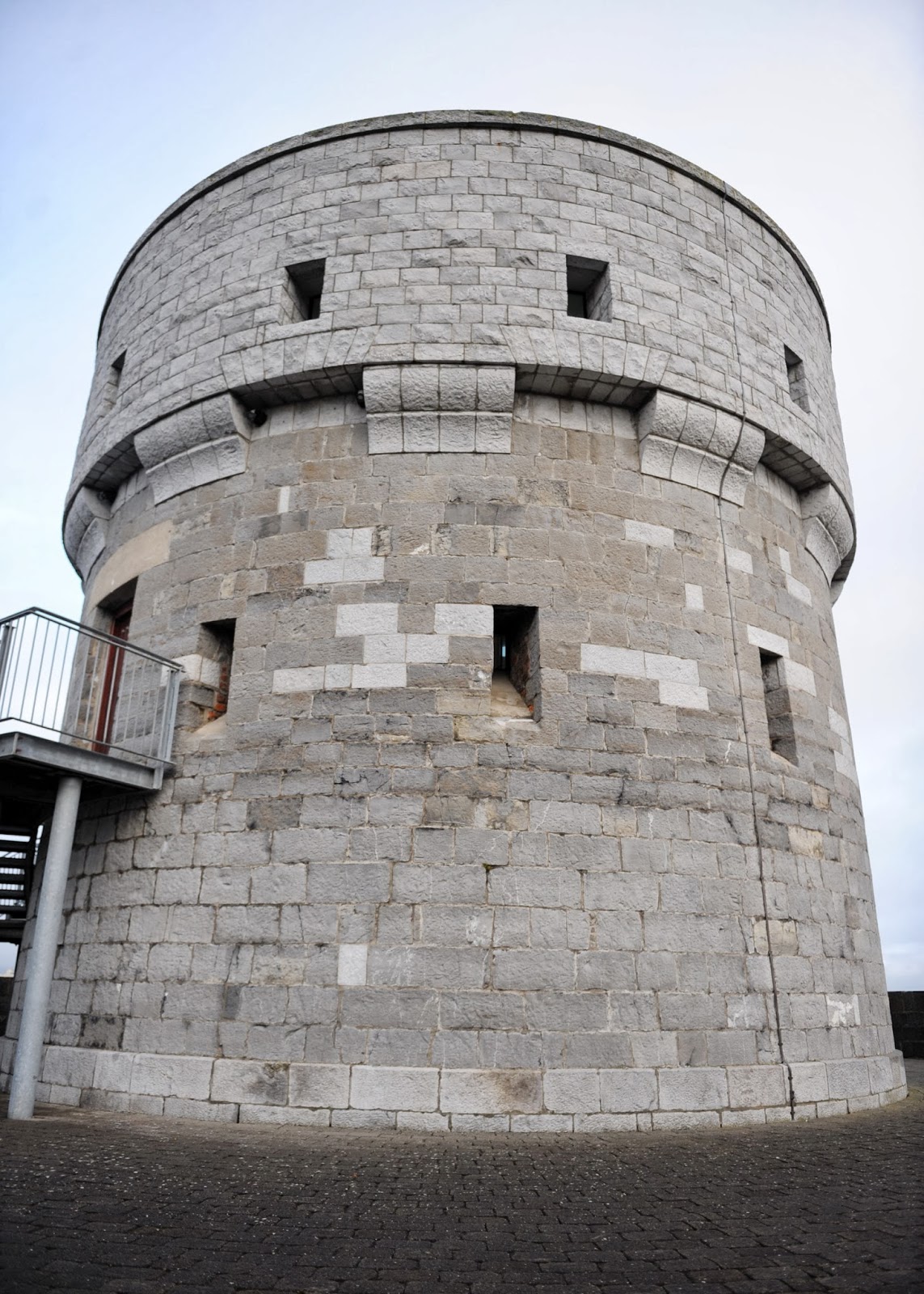 It is also clear from the records that during this period the Corporation of Drogheda was seeking to establish a permanent military barracks within the town and with the coming of the new Viceroy, Charles Lennox the 4th Duke of Richmond, to Ireland in 1807, with his experience of such towers and fighting the French, along with a threat from Irish insurgents, the timing was right for such an undertaking in Drogheda. Interestingly the tower at Millmount was also known as the 'Richmond Fort' in honour of the 4th Duke of Richmond and this name was also applied to this fortress up to recent times.

The majority of the towers also had their guns placed on their roofs, but at Drogheda the two nine-pounder cannon guns were placed on a circular movable platform placed on either side of the tower. The reason for this may have been that the tower was already sitting on top of a great mound and, being very much higher than any of the rest in Britain or Ireland, placing the guns on the roof of the tower would not have been of any great benefit. The majority of the towers were also protecting coastal areas, acting as beacons for a proposed threat. The tower at Drogheda was in fact protecting a garrison and a prosperous town; a jewel in the crown of Britain's policy in Ireland after the Act of Union less than a decade earlier.

The topography of Drogheda and the surrounding area, including a major route-way to the north and south also made Drogheda a 'key player' in these troubled times of the British Empire. It is clear that the tower at Millmount was not just erected as another 'Martello tower' as a result of a proposed Napoleonic invasion, but rather that it was erected as a back-up for the coastal watchtowers and that its line of defence was therefore the protection of the north-east territory and guarding one of the most important trading routes; that of the estuary, which, if fallen into the French hands, would have been detrimental to Britain. 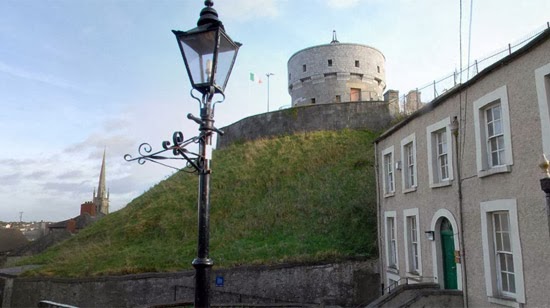 Records also show that the Duke of Richmond was very much anti Catholic and a strong advocate of oppressive measures to subdue the populace after the rising of 1798 and the follow-up executions of Robert Emmett in 1803, the construction of the Richmond Fort in Drogheda was then erected as yet another symbol of oppression in Ireland. The erection of such a magnificent tower on top of the great mound also reflected a symbol of great strength to any future insurgency against the town, which again, as the historical records show, was a hotbed of rebel activities during and following the rising of 1798.

At a meeting held on the 16th July 1813, the Drogheda Corporation addressed a letter to the Duke of Richmond on the eve of his departure expressing their grateful thanks and acknowledging the great work he had done for Drogheda at a time of great trouble and strife in the country. This is surely a further indication that the 4th Duke of Richmond was primarily acting on suppressing the domestic problem in Ireland during his period here, namely his war against the Croppies and not because he had ordered the erection of the 'Martello type' tower at Millmount in anticipation of a proposed French invasion.


Brendan has also published, through the Old Drogheda Society, a very interesting history of the tower complex itself from prehistory through to the present day called 'Tower of Strength" which can be purchased through Eason's Drogheda or directly in Drogheda Millmount Museum. (ISBN 978-0-9546658-3-8) 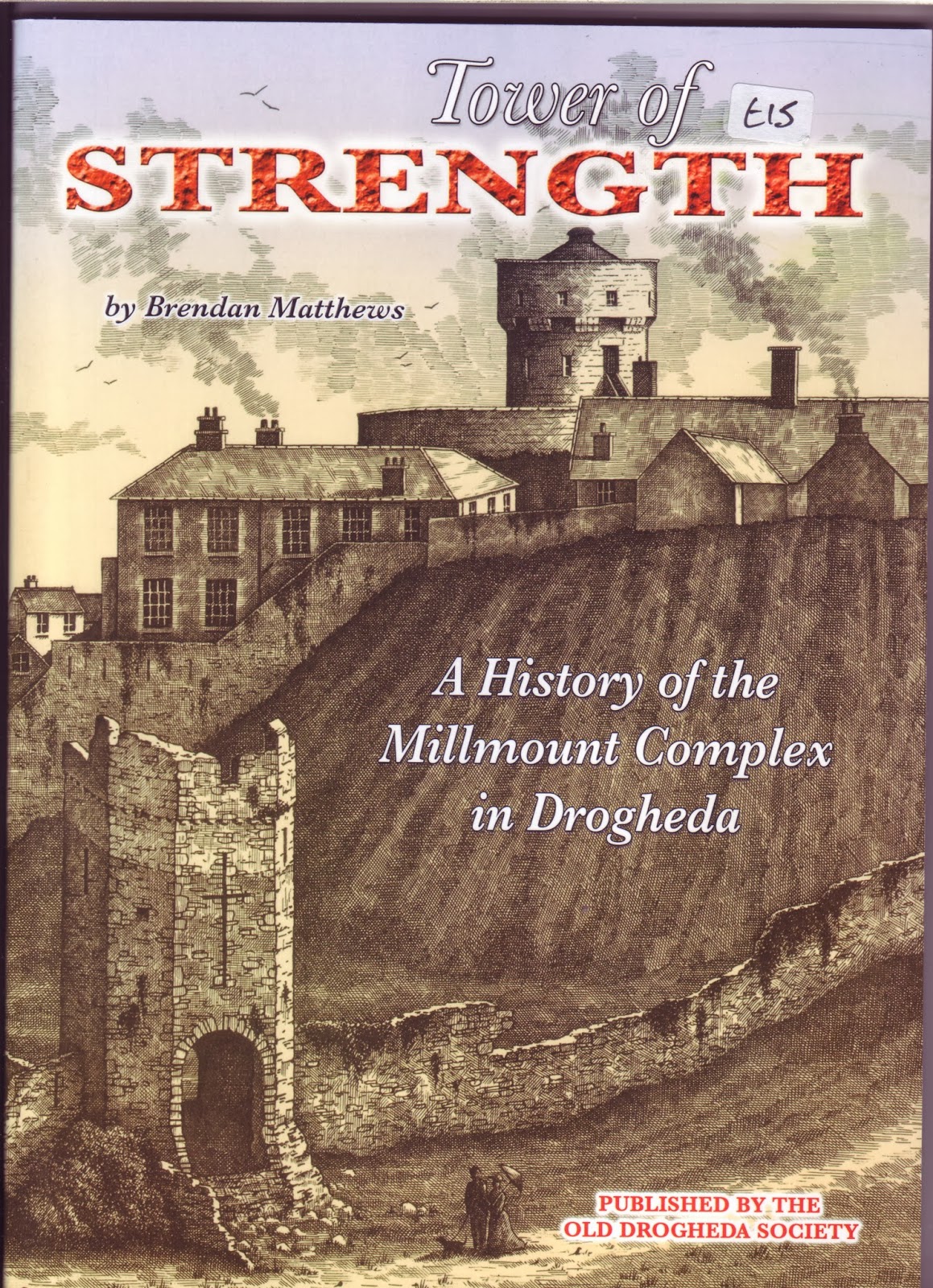