Drogheda 1310 – Murder and Solidarity in a Medieval Crisis.

This Irish History Podcast was broadcast on 5 December. Our readers may find it of some interest.


Drogheda 1310 – Murder and Solidarity in a Medieval Crisis. 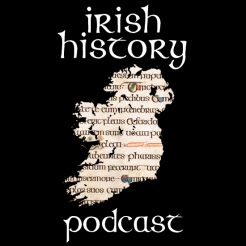 The year is 1310. Ireland was gripped by a severe economic, military and political crisis – pretty much everything that could go wrong had gone wrong for the Norman colonists. In October of that year, a man called Jordan the Chaplain made his way to Drogheda, a major port in medieval Ireland. However not long after arriving he got involved in a dispute with one of the townspeople – Robert the Tailor. What started as a fraca in a tavern, quickly escalated begining a fascinating story which ended in a murder, producing strange and unexpected reactions in the divided and crisis ridden Drogheda.
This podcast is a little different that many of the previous episodes. In this story, I attempt to explain how a major crisis in Ireland in the 14th century affected two ordinary people who lived  in these trying times. Through this story of murder and unexpected solidarity the podcast explains why such what were seemingly minor events were indicative of much bigger changes underway in medieval Ireland. It is a bit of an experiment so I would appreciate feedback – whether you enjoyed the show and whether agree with my argument or disagree, mail me at history@irishhistorypodcast.ie