A History Behind The Opening Of The “Jim Garry Way”


Sharon Connolly of Drogheda Museum posts on the history behind the "Jim Garry Way" which was opened last week.

Jim Garry was born in 1928 and lived his early life in Duke Street in Drogheda. His working life started in McGee’s bar and grocery in West Street, then Briody’s of Peter Street. He was a very active member of the Red Cross and through this he became Safety and Training Officer in Asbestos Cement Pipes later to become Tegral where he worked for 28 years.

Having a great interest in Drogheda and its heritage and history he was one of the people who came together in the White Horse Hotel on April 17th 1964 to form the Old Drogheda Society and over the years he served both as chairman and as editor of the ODS Journal. He gave the first Old Drogheda Society lecture when he spoke on St. Peter’s Church of Ireland.

Jim was also an active member of An Realt, the Irish speaking group associated with the Legion of Mary and with the St. Brigid’s Drama Group.

In 1972 Jim, along with Harry Fairclough and Moira Corcoran, founded Millmount Museum. Jim was also a member of the Louth Archaeological Society. He wrote many books and articles including Calvary Cemetery and The History of the Chord Cemetery. He gave many talks to the ICA members in An Grianan and for many years he was the only person allowed to bring groups to Beaulieu House.

When Jim died on December 15th 2004 aged 76, Drogheda lost a true gentleman whose contribution and commitment to inform and encourage future generations through the medium of history rested within the pages of the many books he had written.

Over a decade since his passing, a link road between Palace Street and Francis Street was officially opened by Mayor Paul Bell on March 15th 2016. Named the “Jim Garry Way” the road is a fitting tribute to a local historian who linked his affection for Drogheda’s history with the modern world.

A symbolic legacy, Jim has evolved beyond the pages of his books, and more particularly his publications on “The Streets and Lanes of Drogheda” so that he now properly forms a significant part and place in Drogheda’s history. 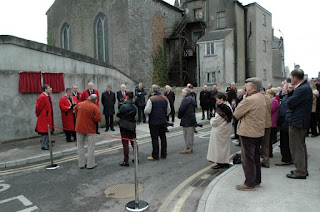 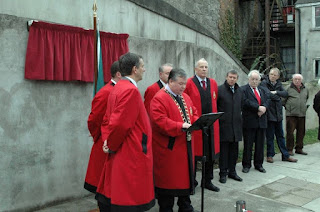 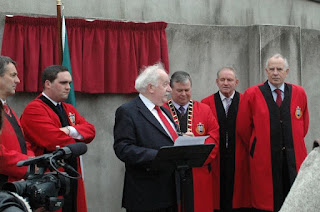 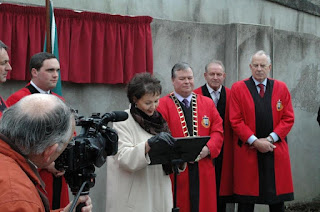 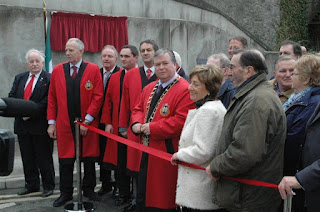 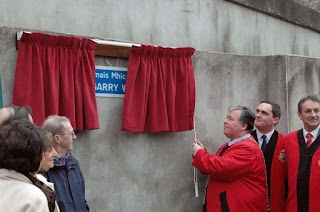 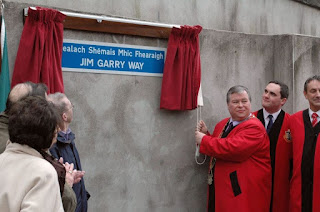 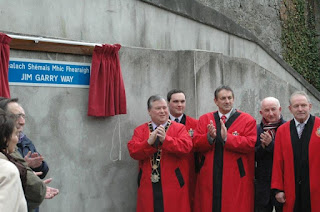 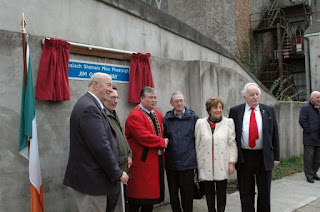