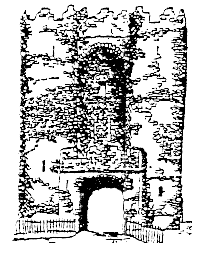 
The first Old Drogheda Society Lecture of the year will take place on Wednesday February 4th in the Governor's House at 7.30pm when Audrey Smyth will give a talk "A History of Drogheda Jail"


Drogheda Jail was a place of incarceration since its construction in the early nineteenth century. It housed a succession of petty criminals, prostitutes, murderers and rapists. During the Famine, people who committed crimes did so with the sole aim of being imprisoned there; as the meagre rations offered at the jail, were often better than what was on offer at Drogheda’s local poorhouse.
The jail was a powerful symbol of British rule on the island of Ireland, and was used as a tool by local elites, to suppress the most meagre of crimes in order to maintain their version of law and order.
This lecture is a colourful telling of the history of the jail and just some of its colourful residents over the course of the nineteenth century.


Audrey Smith is a Senior Sophistor student reading Single Hons History, at Trinity College, Dublin. She is currently in the process of finishing her thesis on ‘The History of Drogheda Jail’, which she intends to publish afterwards.


There will be a bookstall on the night and all are welcome.